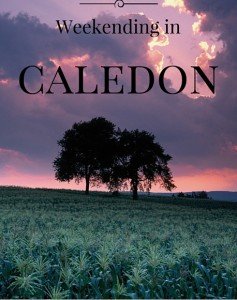 A 2014 Toronto Life article compared Caledon to the Hamptons, that collection of tony mansions on Long Island’s east end. “Like the Hamptons,” the author wrote, “Caledon is not so much a town as an evocation of a fantasy – a mythological place that exists primarily in people’s imaginations.”

Born and raised in Caledon, I can tell you that my “home town”—a collection of about a dozen villages, forested land and farm fields spread out across 688 square kilometres (about 25k x 25k) within Toronto’s urban shadow—is very real. There may be a mansion or two—you have to see the ~70,000 square foot horse barn and arena—it’s the Niagara Escarpment, Oak Ridges Moraine and the Peel Plain that give Caledon its topography. As a result, there is great hiking, biking and just about any outdoor activity that might meet one’s fancy—all within an hour’s drive of Toronto, Mississauga and Brampton. 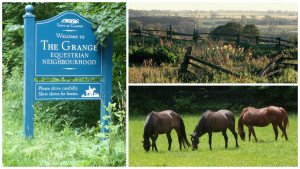 Figure 2 – Horses aren’t the only game in town, but they are a dominant force and great to look at.

If the red maples in the Forks of the Credit in autumn or the red clay of the Cheltenham Badlands aren’t enough, you can take in the red jackets of foxhunters galloping cross-country. Fox hunting may not be for everyone, but to find yourself cycling down a country road with several dozen horses and riders, many of them clad in red jackets, spread out across an open field in hot pursuit of a pack of hounds is a spectacle. 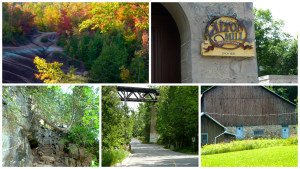 Figure 3 – Caledon has the Cheltenham Badlands, the Forks of the Credit, art studios, hiking trails and farm markets.

So it was with some interest to me when Audrey Partridge, owner of the new Peartree B&B in the village of Terra Cotta, offered to put my friend Leanne and me up for a night to try out her establishment and see how it felt to be a tourist at home. 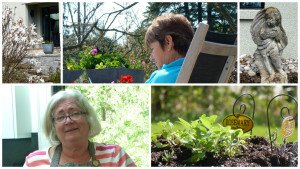 Figure 4 – The new Peartree B&B in Terra Cotta is great for tourists drawn to Caledon’s attractions.

The Peartree B&B, as the collage of photos above indicates, is a peaceful place located on Isabella Street in the village of Terra Cotta about half way between the Terra Cotta Inn and the Caledon Trailway. When Leanne, who lives in Calgary, and I arrived, Audrey showed us our rooms (She has two.) before presenting us with a tray of local cheeses and crackers as well as a bottle of sparkling cider made by the Spirit Tree Estate Cidery, which sits on the Bruce Trail and is a beautiful 7k hike away. 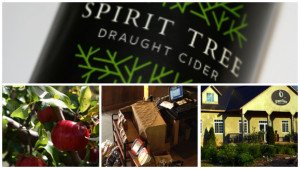 Figure 5 – Spirit Tree Estate Cidery is one of Caledon’s great spots. Like the Terra Cotta Inn, Inglewood General Store and the Higher Ground Cafe in Belfountain, it is a destination for hikers and cyclists. The odd horse pulls up to the front door from time to time too.

Leanne and I had a great catch-up chat before heading out to get the airplane kinks out of Leanne’s legs. Before dinner, we hiked from the Peartree’s doorstep along the Caledon Trailway, an abandoned railway line, and into the Terra Cotta Conservation Area. Our route was part of the main Bruce Trail that traverses Caledon en route between Tobermory in the north and Niagara Falls in the south. Afterwards, we headed down to the pub at the Terra Cotta Inn for dinner. Whereas this old inn (now only a restaurant) has white-linen dining upstairs and a glorious stone patio that looks over the Credit River, the pub is all cozy and casual, which fit our style.

After some pub grub served by a really friendly server, we slept like babies. I saluted the bronze, larger-than-life statues of otter and a beaver that sat outside my bedroom window. When we roused ourselves in the morning, it was time for breakfast. Audrey whipped up a meal that was at once hearty and healthy: Yoghurt with fresh figs, bread from Spirit Tree’s wood-burning ovens, baked eggs with bacon and mashed pumpkin topped with vibrantly green steamed spinach. Audrey’s culinary skills were obvious, but she could talk about anything from the great hiking, local train trip, yoga classes and cycling to restaurants and, in Leanne’s case, her experience with the topnotch kitchen appliances that adorned her newly renovated home-cum B&B.

With Leanne suffering from a hip injury, we spent our morning visiting Spirit Tree and then heading over to the Williams Mill Visual Arts Centre. It’s a glorious 7.5k cycle away, which can be part of a number of day-long cycling routes that follow winding roads that climb in and out of the Credit and Humber river valleys, pass through villages, forests and fields of corn as tall as an NBA centre. The mill is full of artisan workshops and we watched a pair of women blow glass. We also chatted to a fellow who was completing the final details on a homemade kayak. Had I not been dropping Leanne off in Burlington, we might have visited the Alton Mill Arts Centre for a similar experience, but in this case Glen Williams was the perfect choice. We topped off the morning with a coffee and treat at Glen Oven, one of three places to eat in Glen Williams.

Caledon is not the back country, but for those who like to combine a hike or cycle with a bit of java or a creamy ice cream, the area’s rolling hills and steep river valleys are nirvana. 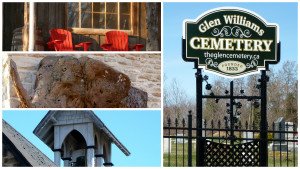 Figure 6 – Williams Mill in Glen Williams and the Alton Mill in Alton are made for cyclists and hikers.

As a hiking enthusiast and author of Caledon Hikes: Loops & Lattes, I was interested in the experience of Winnie Hunsburger and Darby Macnab. Winnie and her husband had been using my book to help them train to walk the 1100k Land’s End route in Britain. When she noticed the 4-day, 121k Grand Caledon Loop in Caledon Hikes, she asked me if I could give her and her girlfriend Darby a two-day abbreviated version.

With the Peartree B&B as their base, Winnie and Darby were in hiking heaven. On Friday and Saturday morning, Audrey dropped the pair off in my home village of Belfountain. Their task each day was to follow my directions, which would take them back to Terra Cotta in time for dinner, drinks and a peaceful night.

The first day, they walked just over 21k stopping along the way at the Cheltenham Badlands and Spirit Tree Estate Cidery. Much of the route followed the Bruce Trail along a stretch where the trilliums, jack-in-the-pulpit and other spring flowers were in their glory.

They ate a picnic lunch en route that included fresh bread from Spirit Tree and told me, “Our favourite part was around the badlands.” They were also involved in a possible horse heist as they wandered through The Grange, Caledon’s Equestrian Neighbourhood. Winnie said a car stopped and asked if they’d seen three loose horses. “No,” the hikers replied. Then no distance up the road, they startled three very spooked horses that were inside a paddock. “They were so beautiful to watch,” Winnie said.

For dinner the first night, they chose Spirit Tree, where they enjoyed a sampler of cider and two pizzas made in a wood-fired oven.

The next morning after Audrey created a delicious mushroom and pepper omelet and served it with yoghurt, homemade granola and toast, they were once again dropped off in Belfountain. This time, the 24k route took them up the big and beautiful Devil’s Pulpit climb in the Forks of the Credit en route to the village of Inglewood where they had enormous sandwiches at the Inglewood General Store. Although they didn’t take it, the Credit Valley Explorer Tourist Train also stops in Inglewood. They also resisted ice cream at the Cheltenham General Store (the biggest and best around).

After lunch, it was a long straight and flat route along a section of the 42k Caledon Trailway that connects Palgrave in the northeast to Terra Cotta in the southwest via Caledon East, Inglewood, Boston Mills and Cheltenham.

They arrived back at the Peartree B&B claiming that of the two days on the trail, this was their favourite, the highlight being the section through the deep forest and up the Niagara Escarpment cliffs in the Forks of the Credit. That evening, they selected the pub at the Terra Cotta Inn on their second night. “The food was fine,” Winnie said, “and the atmosphere was great.” Despite a full house, the service was quick and it was a perfect way to top off the day. 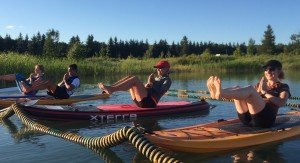 Enter to win a two-night stay for four at the Peartree B&B. Package also includes dinner for four at the Terra Cotta Inn, a guided hike led by Nicola Ross and a sampler of cider from Spirit Tree Cidery. For contest details visit nicolaross.ca.

Photo Credits: Tree by Gord Handley. Paddleboard yoga by Caron Shepley (with my apologies). All other photos by Nicola Ross

Walking Among the Portuguese Man O’Wars