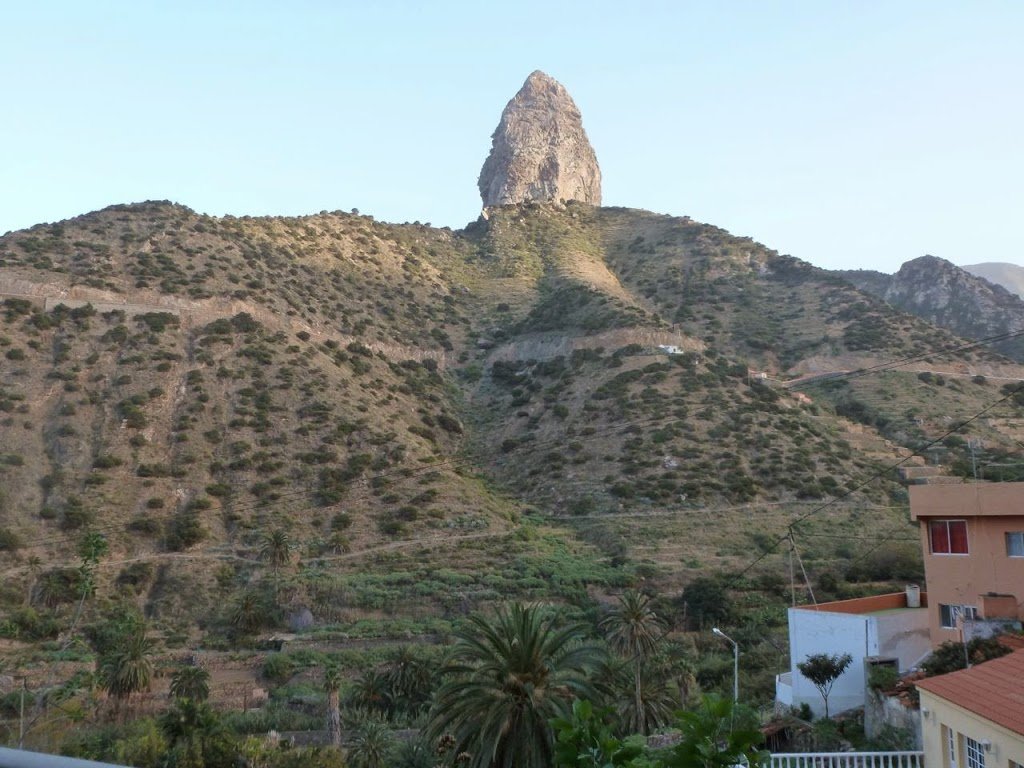 Our first day, when we woke up to the sun climbing over the ridge, we explored our temporary home. Later in the day, we set off to walk down to the ocean, about a 45-minute journey along a dirt track that weaved its way through terraced fields that were mostly ragged and worn looking. January passes for winter in the Canary Islands and the fields were resting, or so we would learn. The track paralleled the main paved road that ran down and ended at a narrow piece of sandy beach. Waves crashed against the steep cliffs that bordered the beach. There is a bright pale blue pool, drained for the winter. The concession stand locked tight. 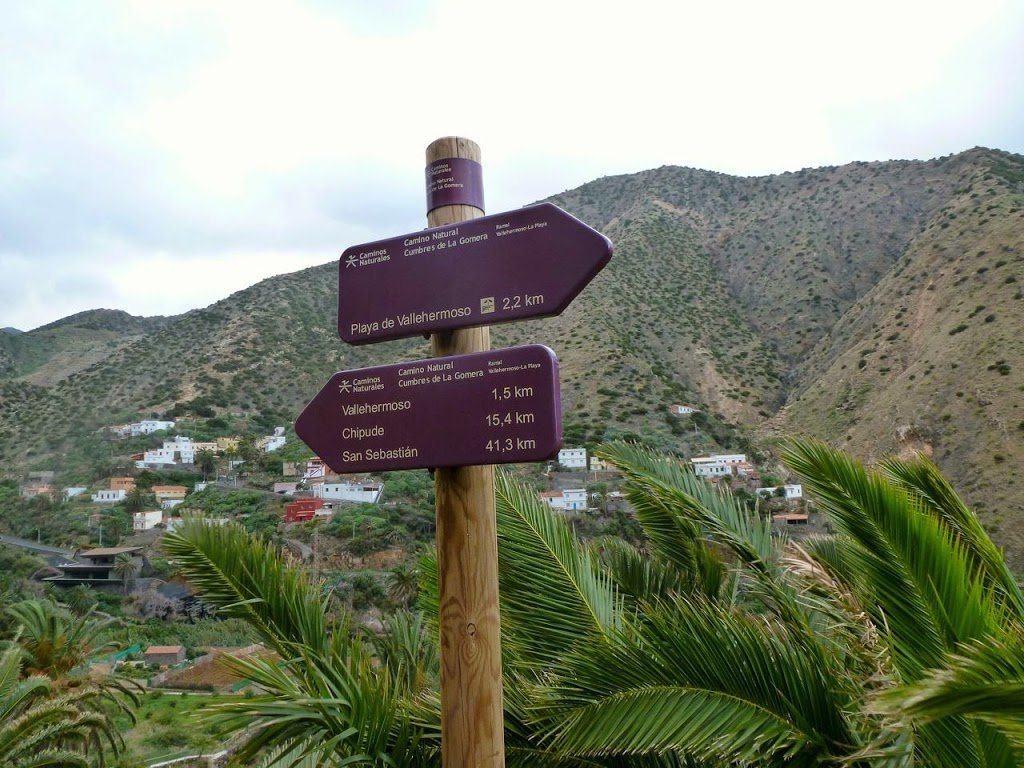 It was a glorious evening, so when we came to a sign post for a trail, we decided to follow it up and see where it went. We found ourselves ascending a steep trail that climbed the ridge you see across the valley above. You can make out the trail that starts at the houses to the left of the sign, crossing behind the sign and reappearing at the point of the Playa de Vallehermoso 2.2km sign. When we arrived at the lookout where I’ve photographed Alex, we decided it was enough for our first day on La Gomera. Beyond Alex, you can see the beach and empty swimming pool. It was amazing how quickly we rose to this great viewpoint. 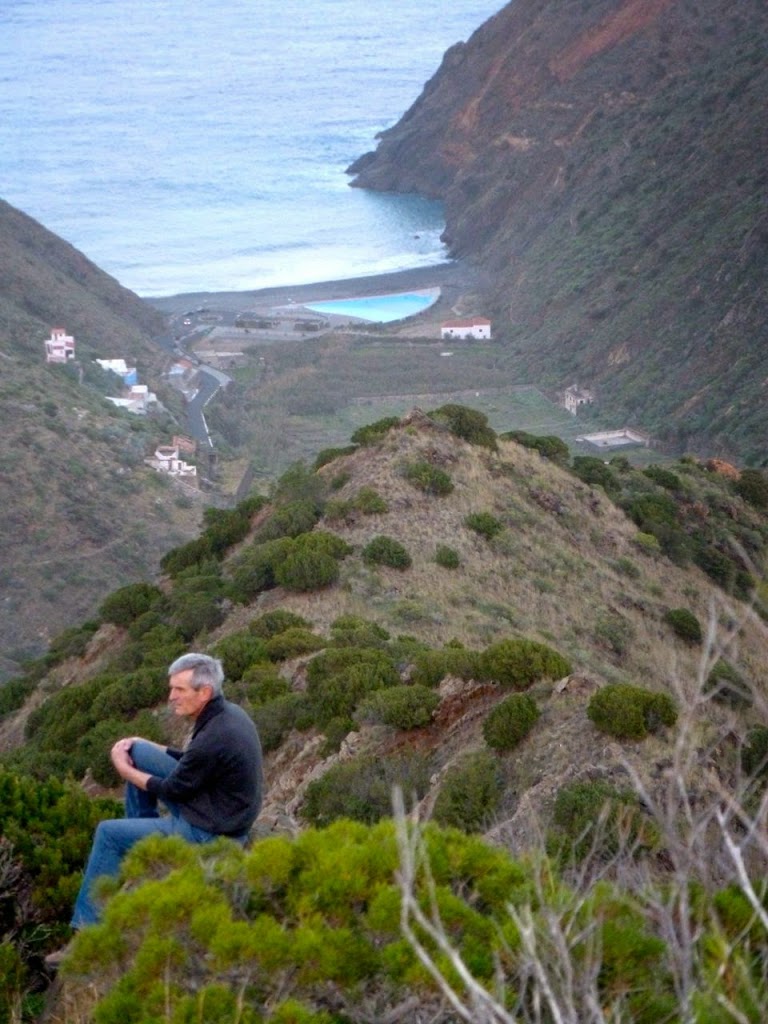 The next day, we woke to overcast skies and howling winds. Not the warm sunshine we’d hoped for, but by comparison to the cold snowy conditions back home, we could hardly complain. Our pattern of working for the better part of the day and setting out later in the afternoon for about a two-hour “walk” began. We had no internet in our apartment, so I’d get up meander into the village central – a downhill walk that took less than five minutes, stop in at one of two cafes open at that time with my coffee cup in hand. 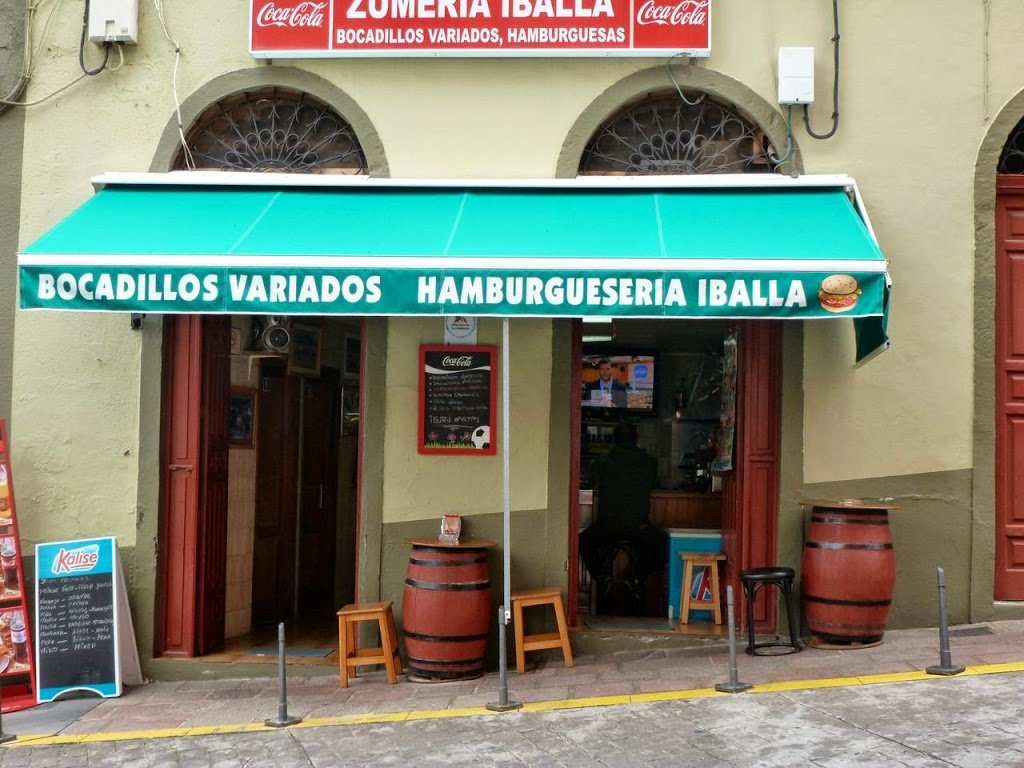 They’d fill it up with thick black espresso and hot milk, cover my cup with a piece of tinfoil as I downloaded my emails. Cup and computer in hand, I’d climb to our apartment up some stairs steep enough to get the morning’s lactic acid racing. The man who ran the tiny place above was open seven days a week starting at 5am. Except for Sundays, when he closed mid-afternoon, he remained open until about 7pm. When I was buying my cafe con leche, most people were sipping espresso. But many people began the day with a small glass of La Gomeria’s famous white, really pink, wine. 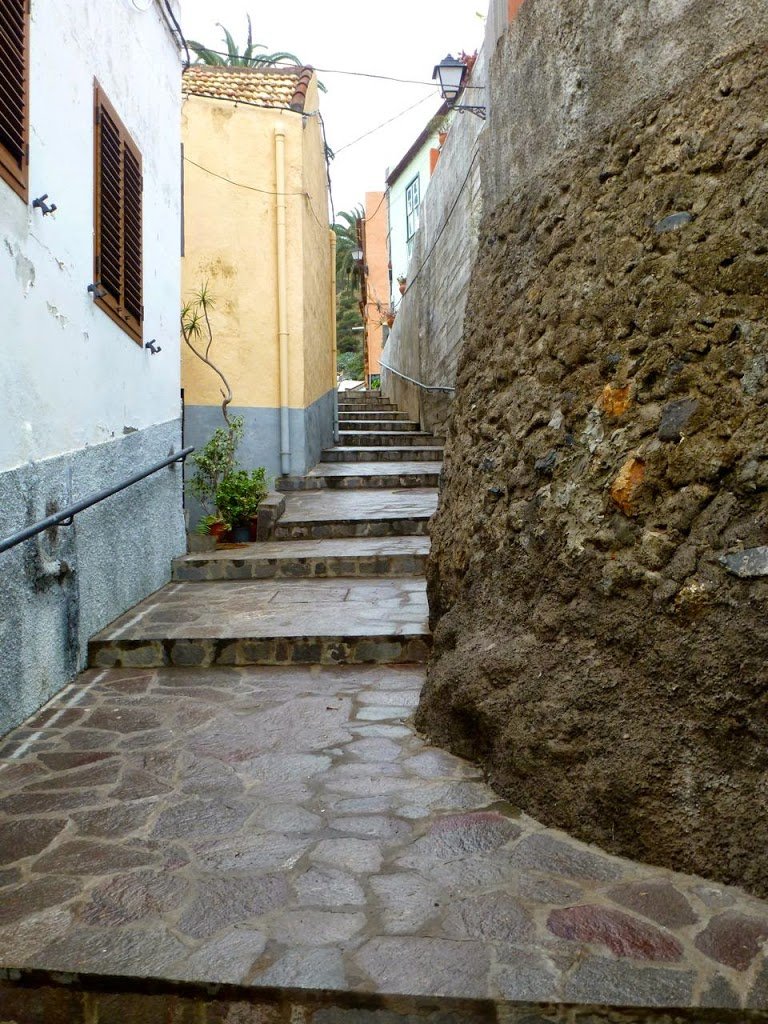 I’d read that experts had discovered that the most effective people only check their emails twice a day. Until I was in Vallehermoso, where that was exactly how often I checked my emails, I didn’t realize how true this bit of advice was. I could do my work without being tempted to check emails that would invariably distract me from what I was working on. Whereas without internet access, I focussed totally on the work before me. 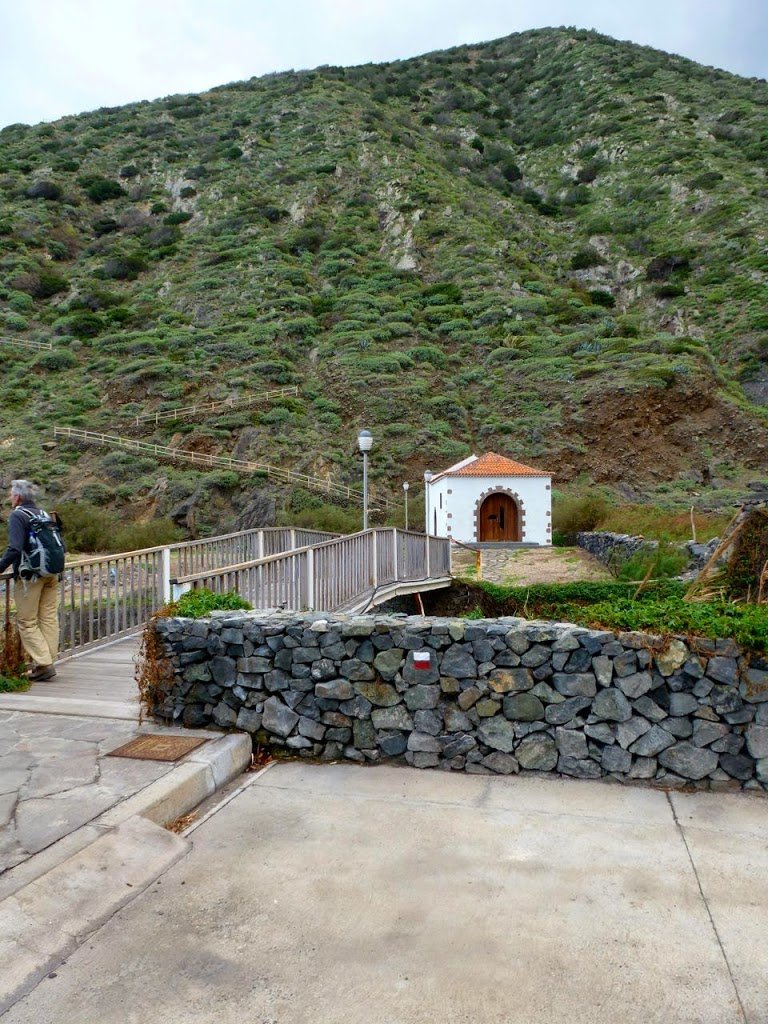 Despite inclement weather, we set off the next day back down to the beach. At the bottom, we picked up a trail behind the small church seen above. You can make out the trail zigzagging up the hillside, complete with steps and a wooden railing. You can also see the red and white trail markers. We only climbed up to a shoulder ridge. It had been blowing hard as we began climbing, but we were in the lea of the worst of it at the top so we sat and enjoyed the view on the other side of the ridge, keen to complete this hike at a later date. 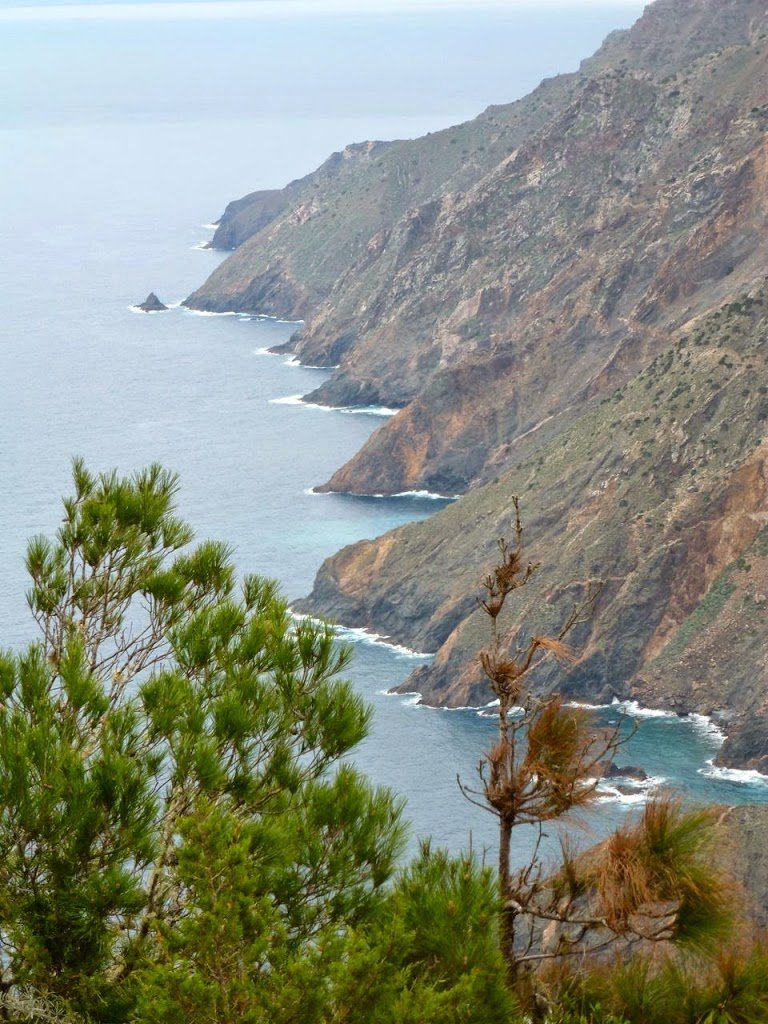 Along this and other hikes on La Gomera, we saw some fabulous vegetation. 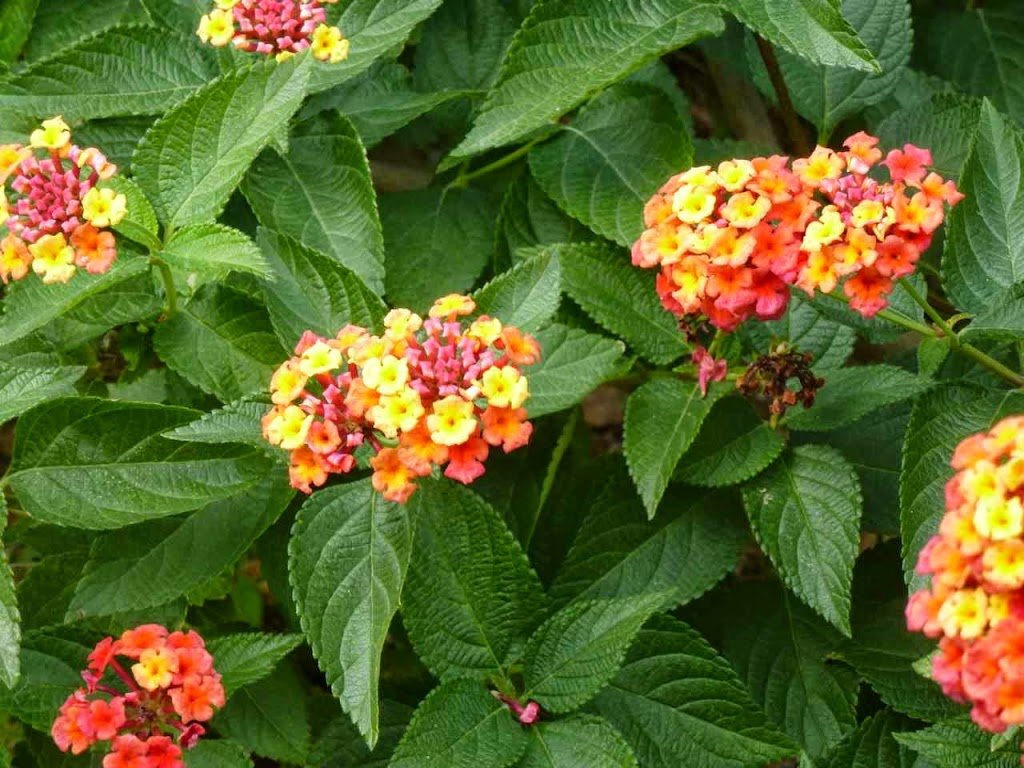 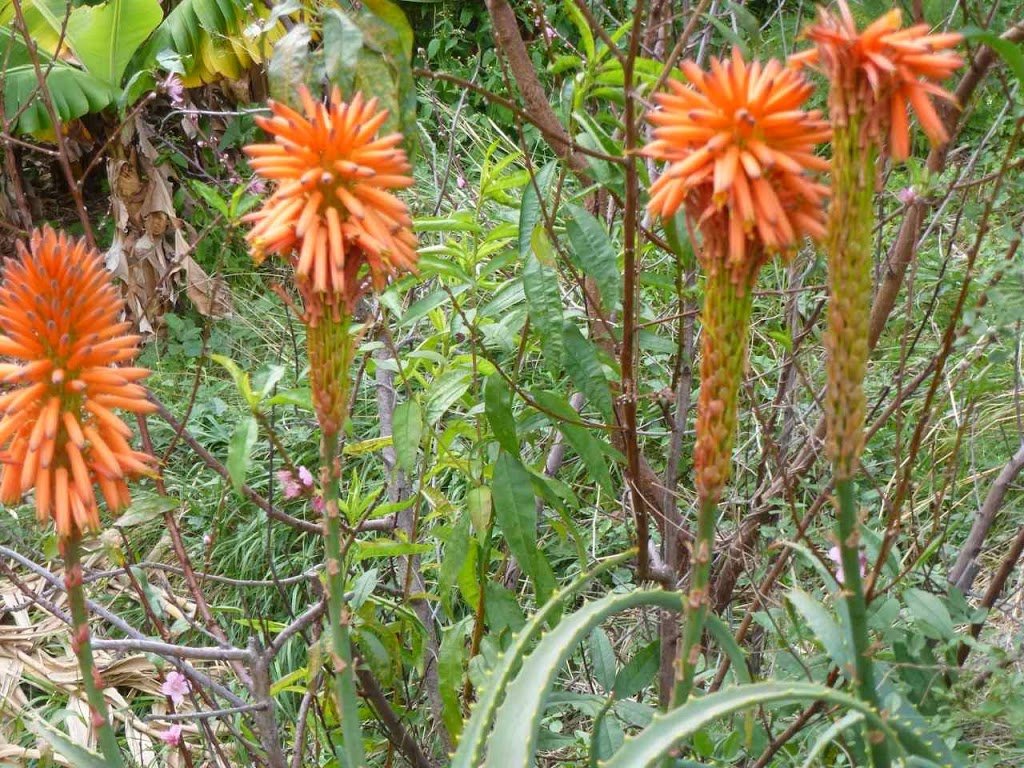 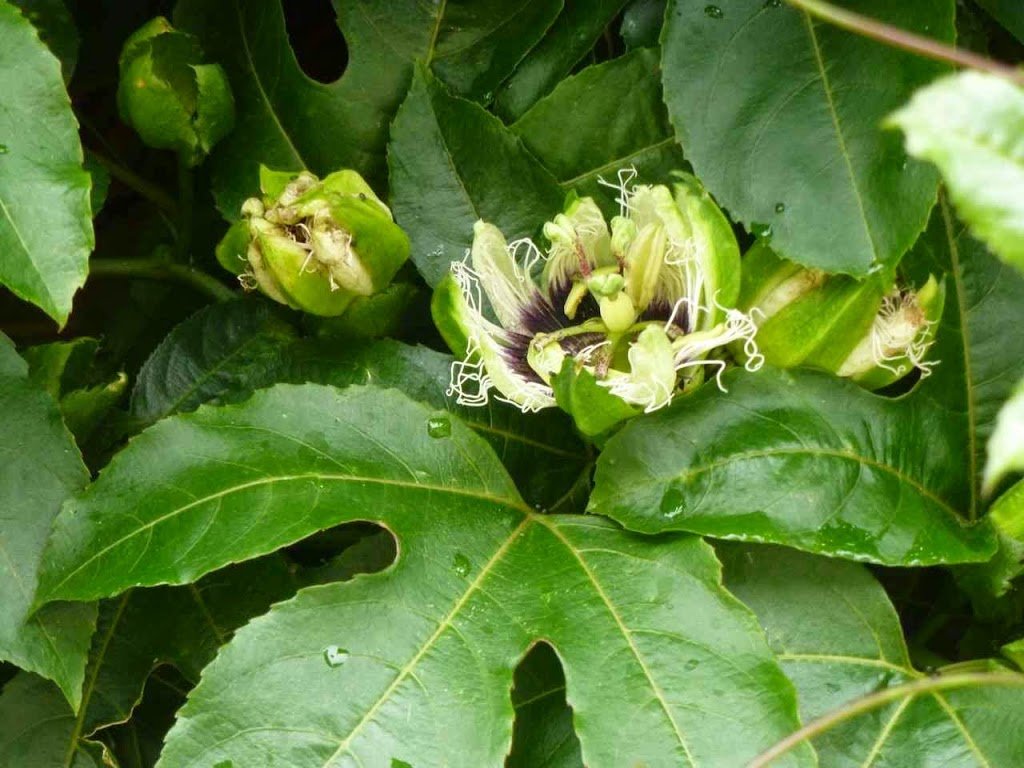 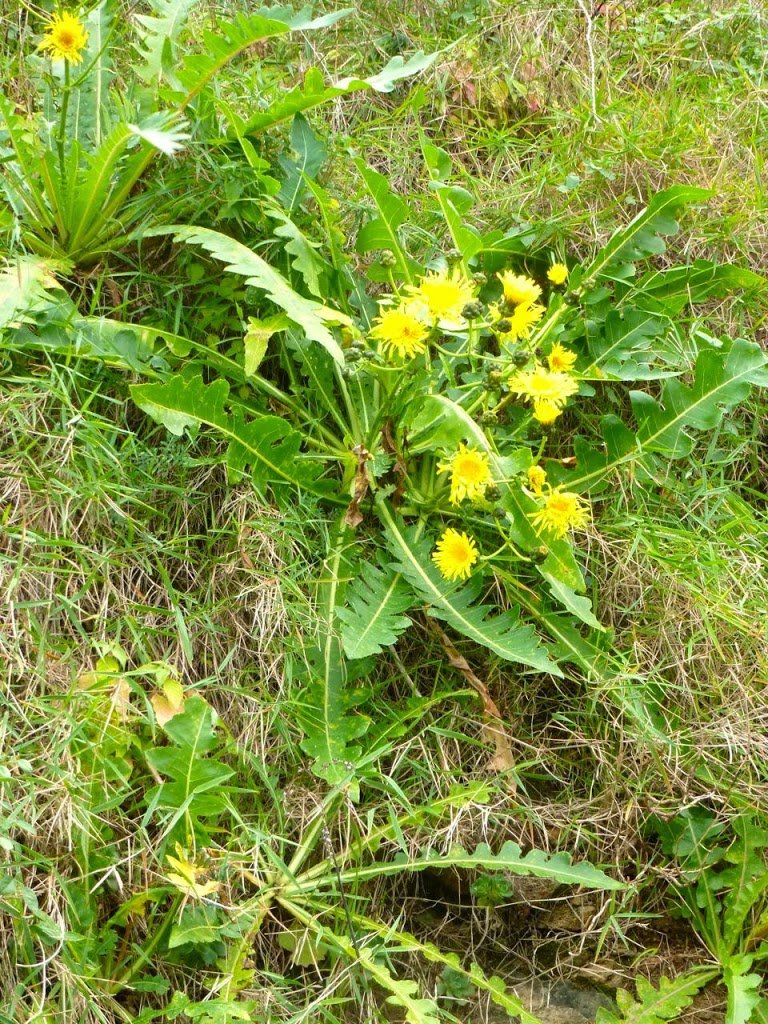 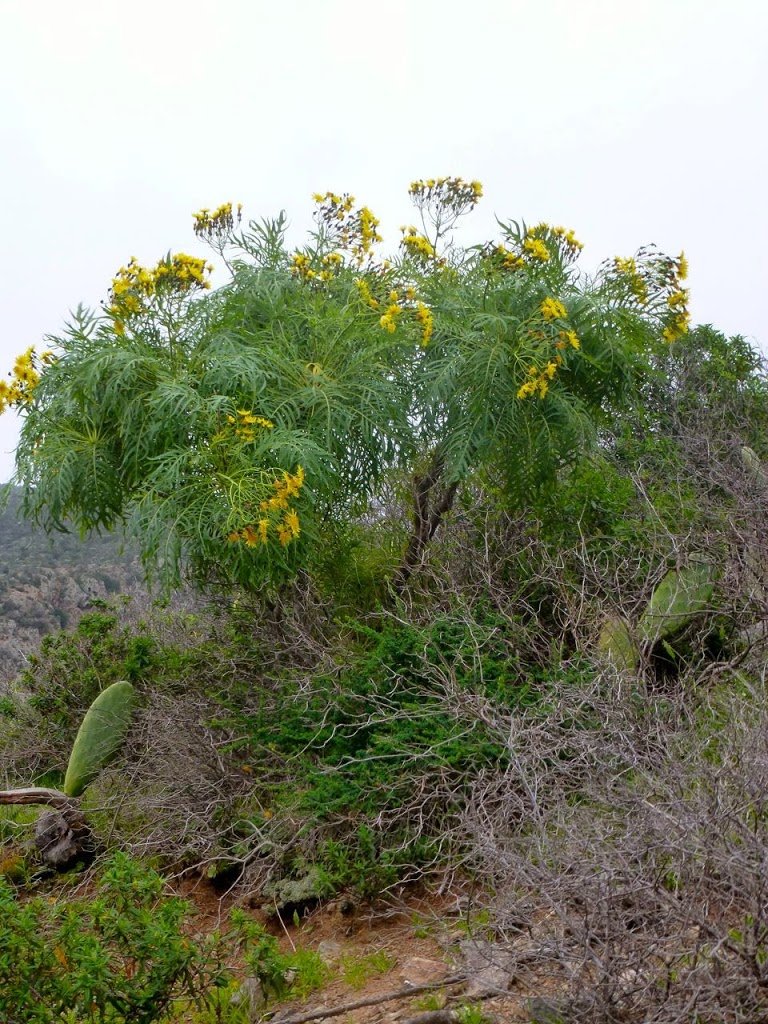 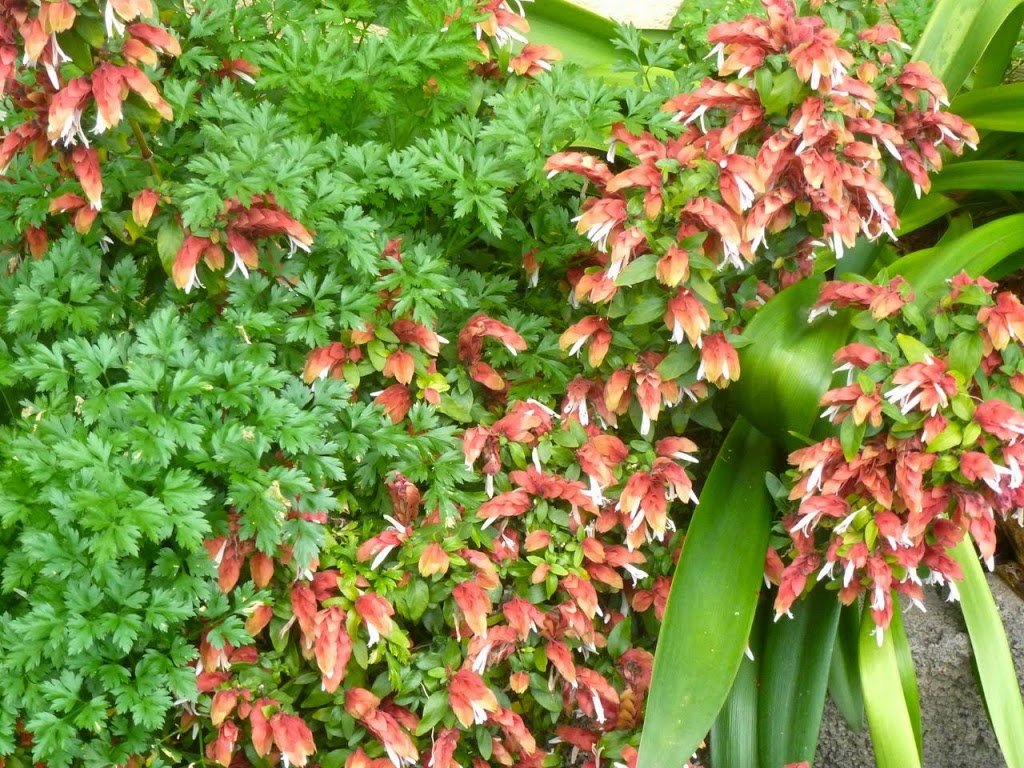 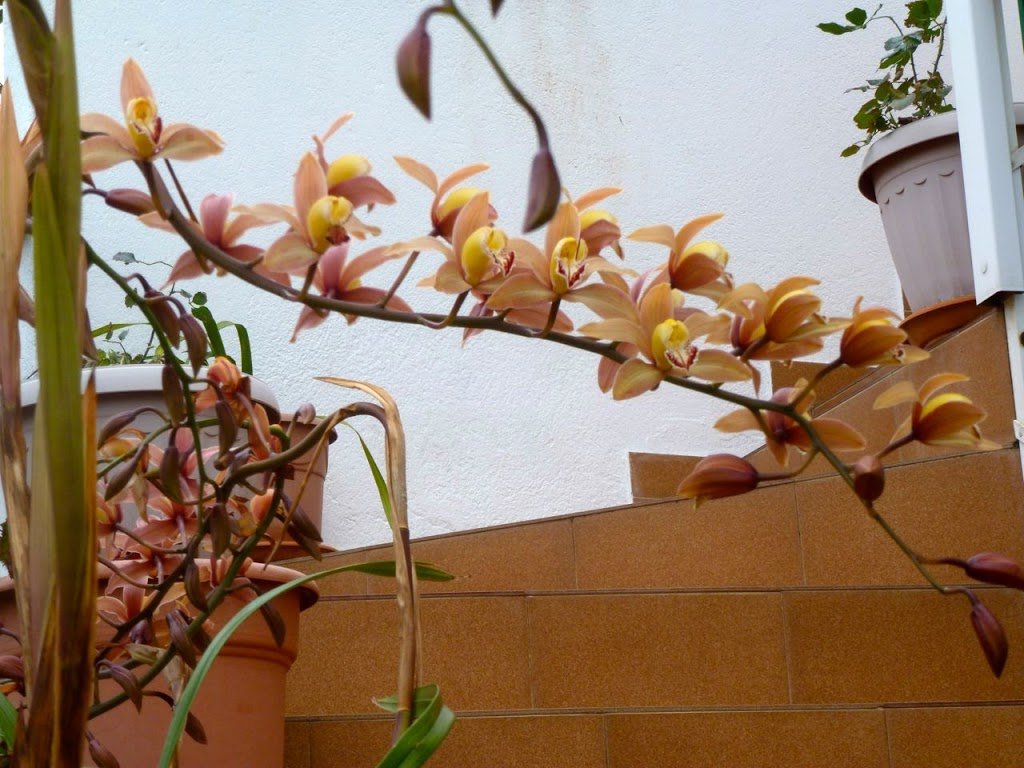 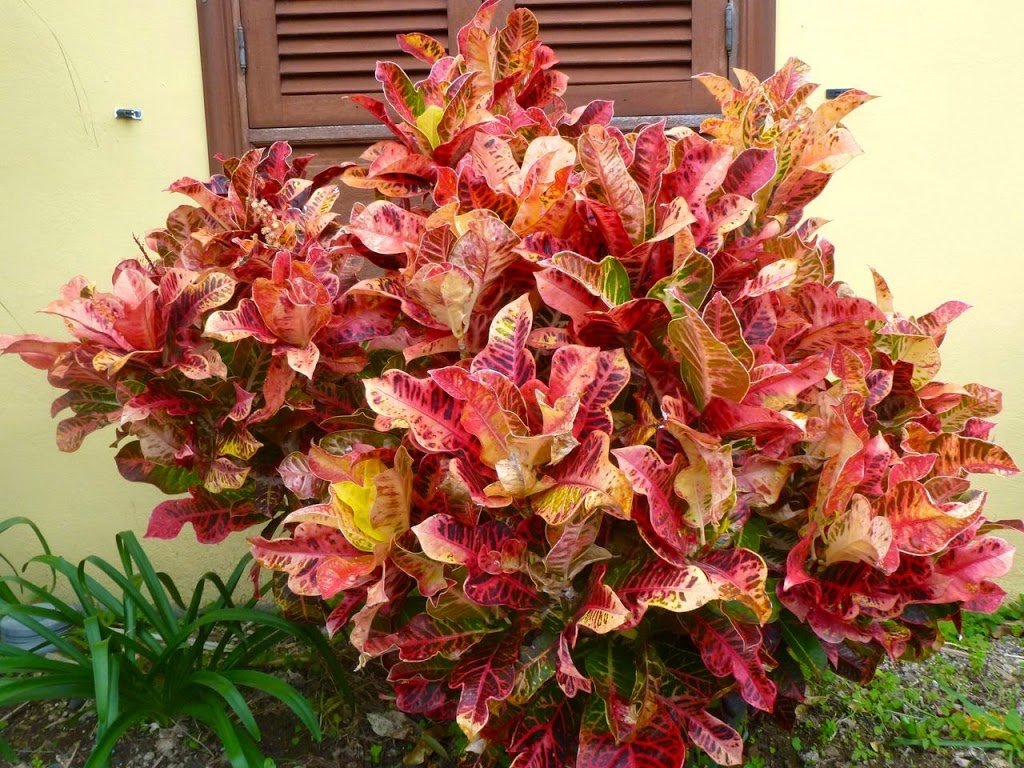 The flowers and flowering shrubs were amazing, while the trees were spectacular too. 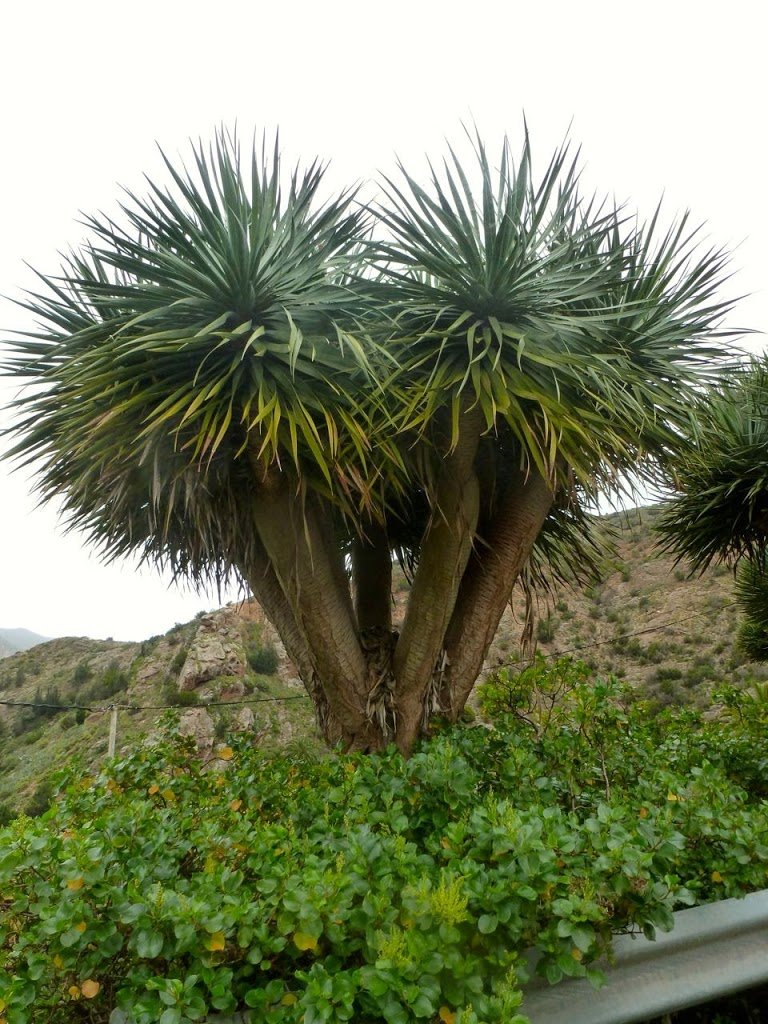 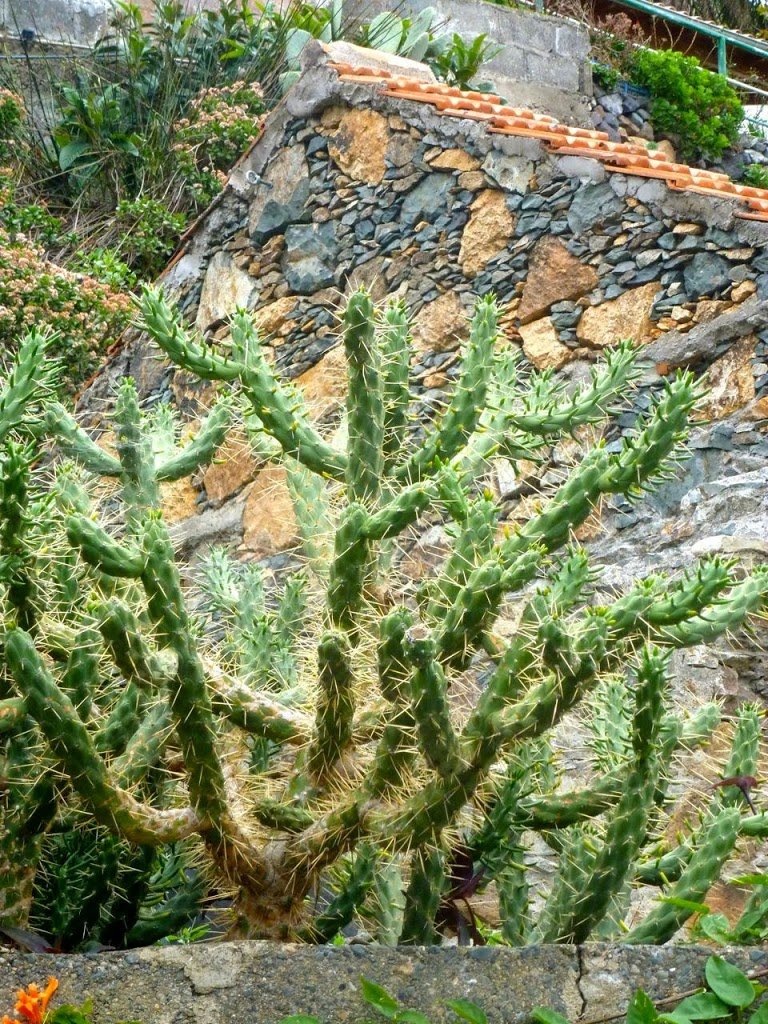 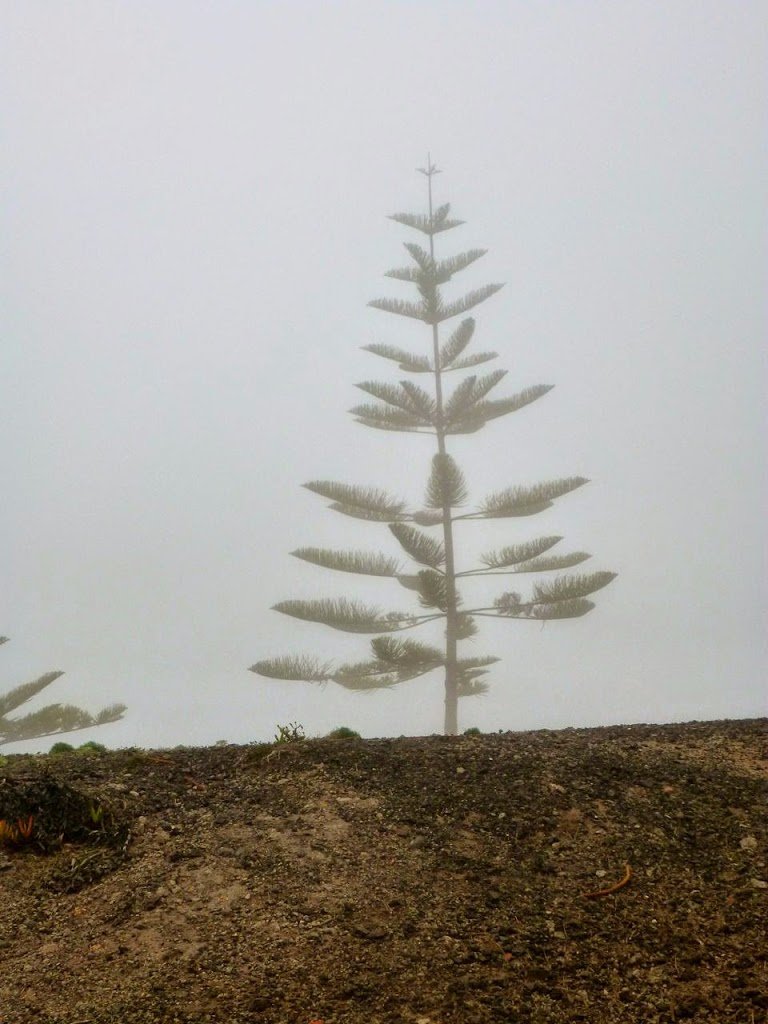 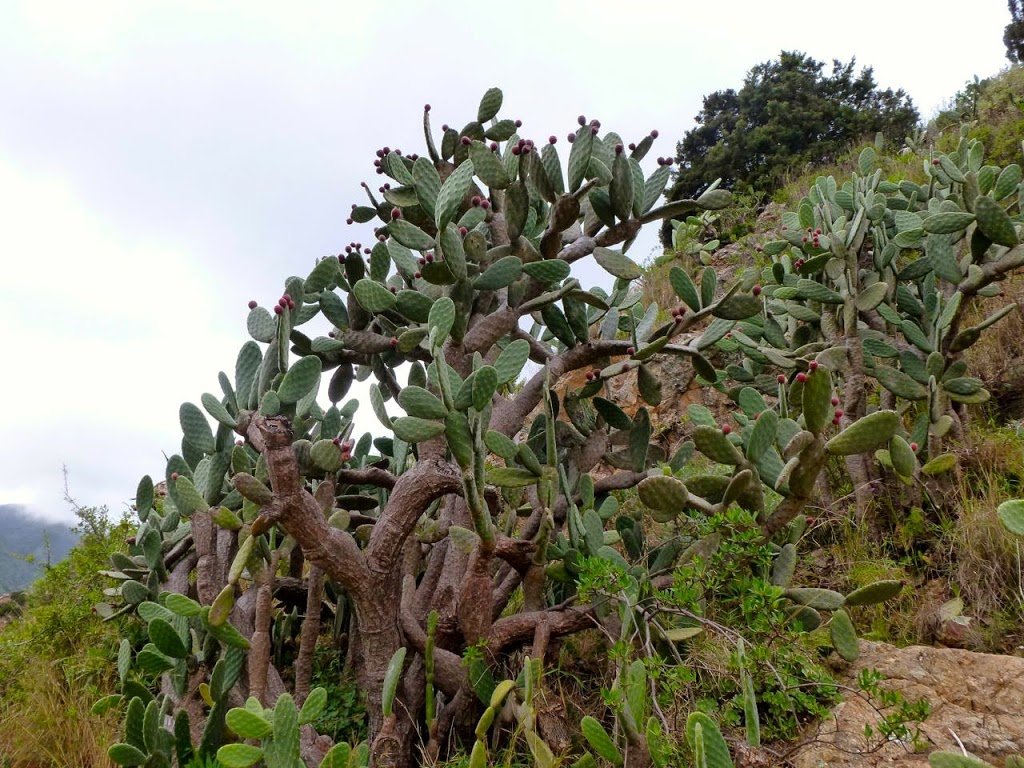 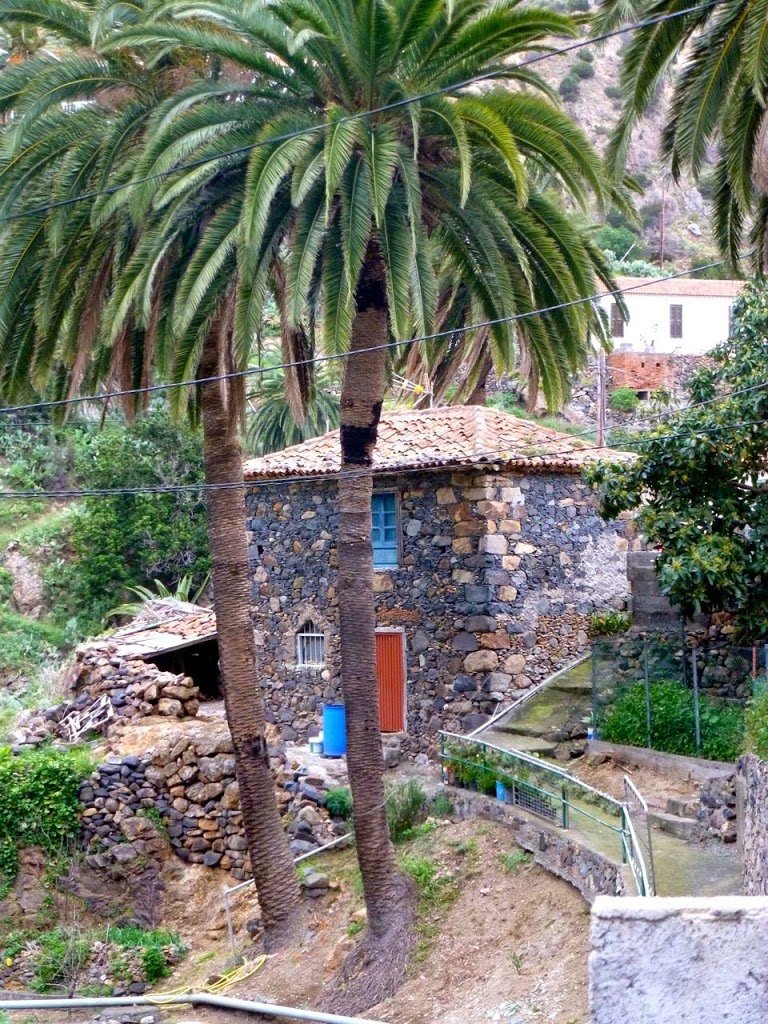 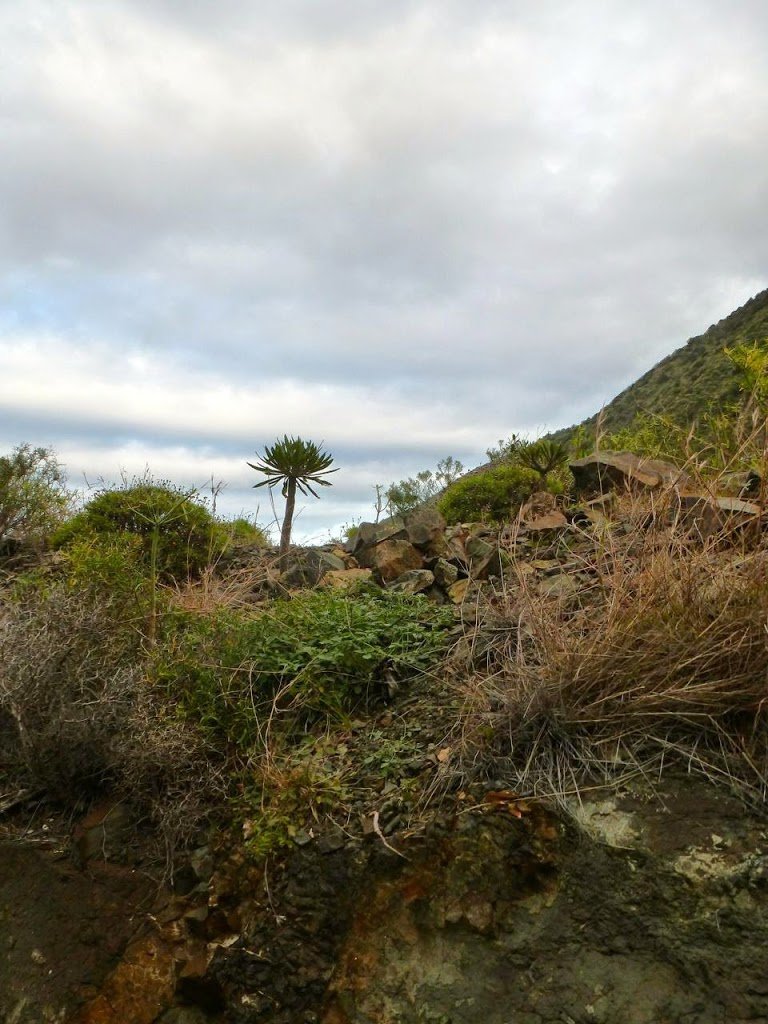 And we were especially fond of this enormous palm. 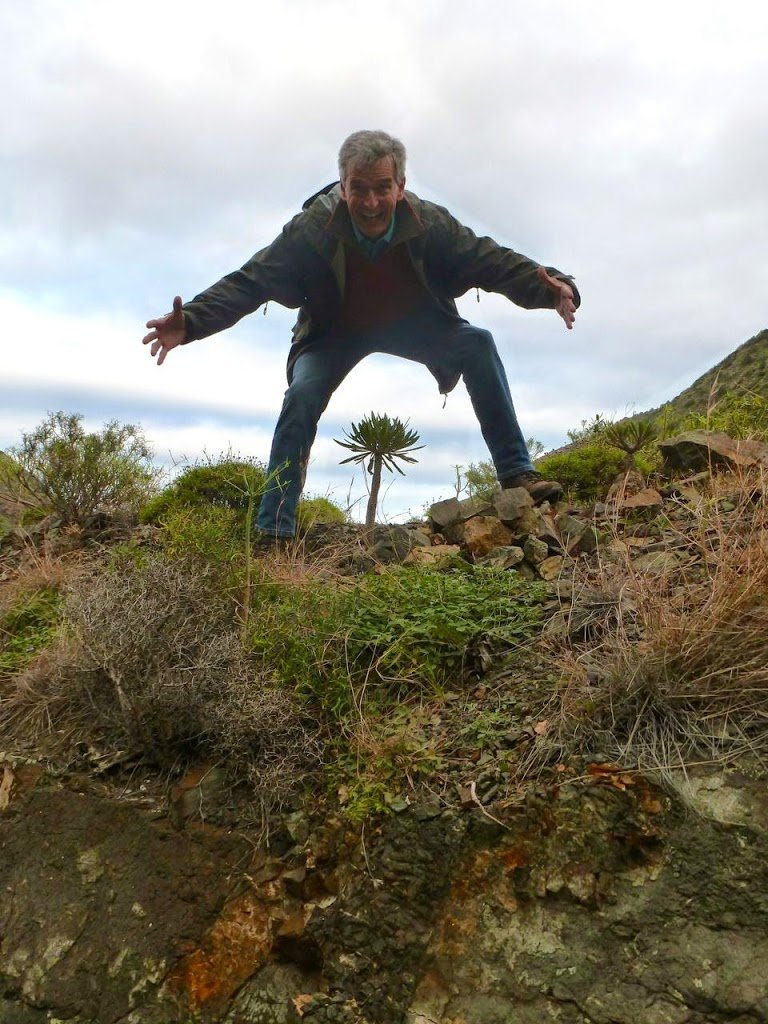